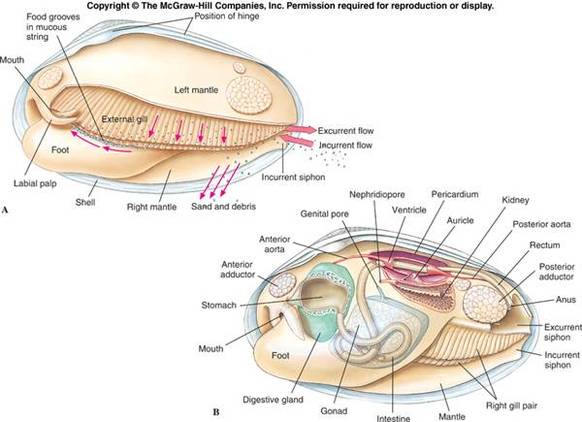 Hard Clams have an amazing sex life. Unlike humans they dont have to go in search for a mate. They reproduce asexually. There are however males and females in the story but the special thing with Clams is that they change sex.
(1) When they are born they are males and when they reach the optimum male level they become female Hard Clams. One cannot notice much of a difference but the difference in both is that they real ease into the water different gametes.

1. The first step in Hard Clam reproduction is that each parent releases either an egg or a sperm. They release their gametes in gonads. Gonads is an organ that is sack like. gonads carry the gametes. (2)

2. These gonad then open up so that external fertilization can occur.The gonads have gonopores that help the gametes be release into the water. (3)

3. After these gonads are released the sperm and egg meet together and start to form cellular division that produces larvae and eventually a small clam. This small clam settles in the bottom of the sand.


*** The web site that has great facts about Hard Clams is http://askville.amazon.com/clams-reproduce/AnswerViewer.do?requestId=325183  here is a picture of some of the facts that they have. 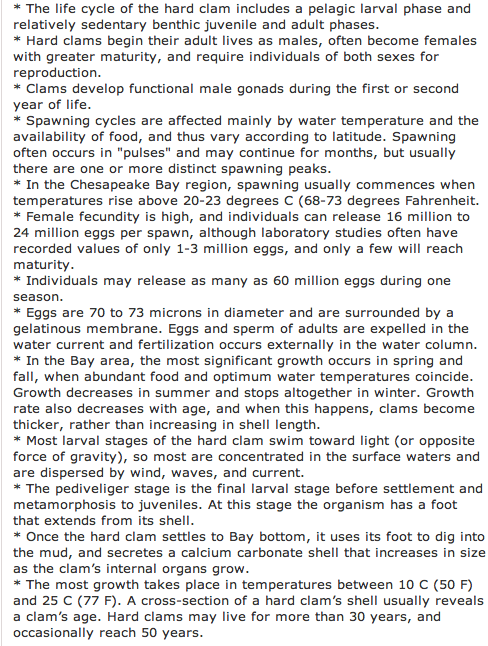