I could not find a picture that would describe the trophic level of the Hard Clam. However, every diagram looks similar. At the botom we have autotrophs which are plants. Plants are producers and they go through the process of photosynthesis. The HArd Clam is a filter feeder that eats algae. Algae is a producer that needs no seed to sprout. We can see algae when we do not clean the fish tanks. Algae is green and moldy. The Clam is the primary consumer who eats the producer. The hard clam is eaten by crane, sea stars and other animals larger than it. Human also eat clams. The shells of the Hard clam is decomposed by decomposers and the cycle starts all over again.

Who eats the Hard Clam???

Ecosystem of the Hard Clam 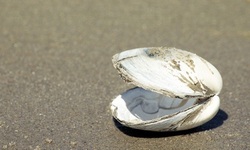 Not only are Hard Clams found in New York but they are found in sedimentary areas like sand. The hard clam in the picture on the left is not living. As you can see the only thing we can see is its hard shell that was found. 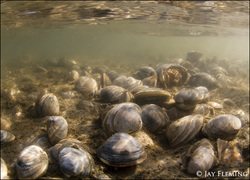 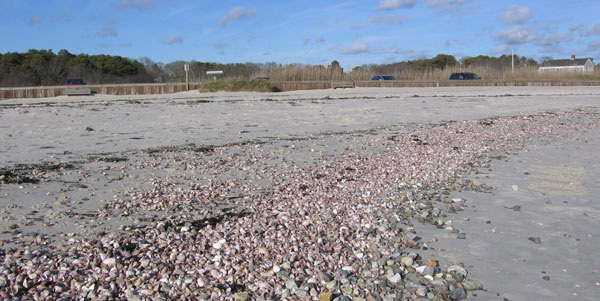 The picture on the bottom is a great example of clams in their ecosystem. They sit in the shore within waters and sand. The sand plays a huge role in their lives. They hide in sand from their predators and they hide by using their tail like strcture.